Whether you’re ordering a brand new Defender or looking to buy a vintage Series model, the colours, models and other specifications can seem overwhelming. The team at John Brown 4×4 realised this and have created a nifty guide highlighting the fastest-selling Land Rover features.

John Brown 4×4 has analysed their data on the selling time of over 100 different cars, to reveal the specifications that are the most highly demanded by buyers – a great place to start when ordering your new Defender, or searching for that dream vintage Series 1.

Stornoway Grey is a buyers dream

Grey is by far the most popular colour for cars on the road, with the Society of Motor Manufacturers and Traders reporting that 24.35% of new cars registered in 2020 were grey. Current demand for grey has hugely impacted the results, even though most of the Land Rovers sold are vintage, with grey cars taking just 24 days to find a buyer – 18 days less than second-place green. The most popular variant of grey within this is Stornoway Grey, taking only two days on average to sell, followed by Mid Grey (or Welsh Grey).

The 200TDI engine is the most popular variant

One of the most groundbreaking engines produced by Land Rover, the 2.5 L 200TDI, is the fastest selling engine in this research. This engine was one of the first mass-produced small capacity direct-injection diesel engines when released in 1989 and massively improved the fuel efficiency and power of previous Land Rover engines. The engine is relatively easy to maintain, unlike newer engines with electronic systems, and often runs smoothly while exceeding 250,000 miles.

While the succeeding 300TDI is slightly quieter and smoother, fuel efficiency is actually worse – despite the introduction of the 300TDI to meet European diesel emissions regulations.

Truck-cab and canvas are the favourite outfit

Land Rovers with truck-cabs sold almost twice as quickly as those without (hard tops/fully canvassed models), taking just 33 days to sell on average versus 63 for other models. 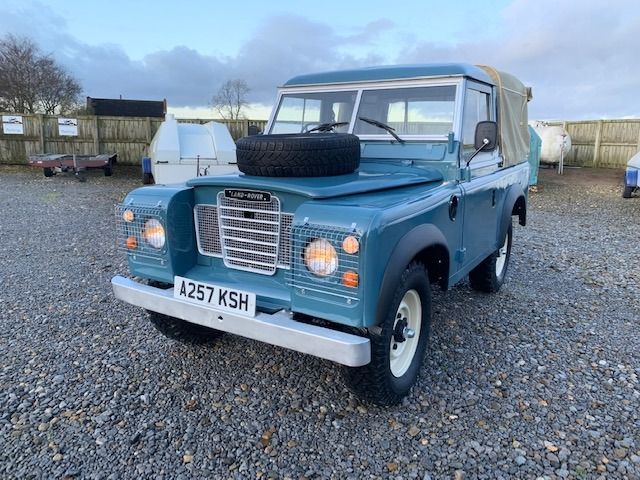 A vintage Series 3 Land Rover with truck-cab and canvas

The truck-cab option is particularly popular in colder climates (such as the UK). It heats up much quicker than an unlined hard top and doesn’t have the draught when you’re upfront that you may experience in a fully canvassed vehicle. The truck-cab can also be removed for open-air driving at the height of summer – a perfect mix between the hard top and soft top.

The choice of a rear canvas was marginally more popular than a hard top. The rear canvas shelters passengers and can be easily removed to turn the car into a pickup.

The Land Rover Lightweight is the most popular model

The Land Rover Lightweight is one of the most unique models produced. It was designed for military use, having been stripped of heavier parts and bodywork so that it’d fit in planes and could be carried by helicopters. However, with a second tank under the passenger seat and larger batteries, the Lightweight became heavier in fully built-up mode than a standard Series model. But its ease of parts removal meant it was ultimately lighter for aircraft drops. 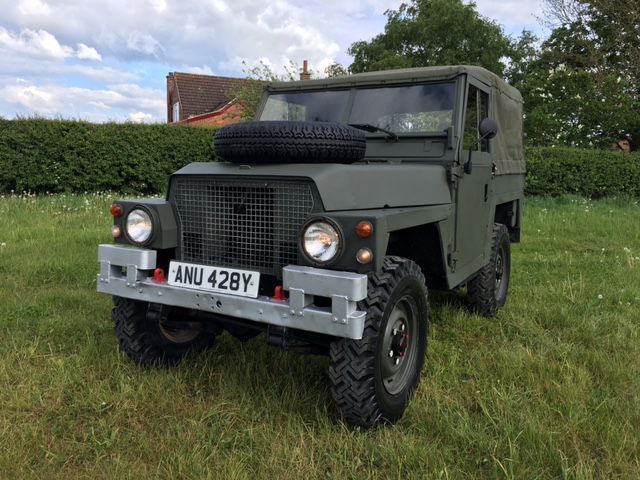 The Lightweight model has taken an average of 32 days to sell, 11 days fewer than a Series 3, and over twice as quick to sell as the average Series 2A.

Greg Hendry adds: “We often find that Lightweight models are some of the best cared for as they’re ex-military, so rack up very few miles on army bases while seeing regular maintenance. These military models are special, as they come with a variety of modifications for certain military uses – these variations can highlight a colourful past. Yet they share most parts with civilian Series 2 and Series 3 models, so spares are fairly easy to find.

“You can’t really go wrong with any of the specifications. However, it’s definitely worth considering the history of the car (if you’re buying vintage/used) and what you’re using it for when choosing different specs.”

John Brown 4×4 are the UK’s leading dealer of classic Land Rovers and 4x4s. They provide a wide variety of vehicles, stocking the nation’s largest indoor collection of vintage Land Rovers, and catering to each customer’s needs. All Land Rovers for sale are thoroughly road-tested, have a current MOT and are inspected in-house with a detailed custom inspection.

John Brown 4×4 pride themselves on having an excellent reputation and providing an honest and efficient service to each customer.

The team at John Brown 4×4 analysed over 100 of their Land Rovers sold in the past five years and averaged the selling times of defining features to create the results seen in this study.

This article re-posted from: https://www.johnbrown4x4.com/the-most-in-demand-land-rover-specifications-revealed/